For the first time a team of bioengineers and neurologists paid tribute to the Italian physician Giuliano Vanghetti, who lived in Tuscany between the nineteenth and twentieth centuries, a precursor to all the effects of modern neuroprosthetic techniques. The study published on the cover of “Neurology”, a prestigious magazine of the “American Academy of Neurology”, in the section dedicated to research on the historical aspects of neurology, is devoted precisely to enhancing the work and insights of Giuliano Vanghetti, some still at the base of neuroprosthetics, a branch of science studying bionic arts directly from the thought. 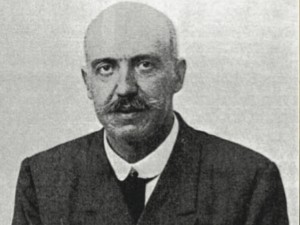 The rediscovery of the ideas and methods of the Italian physician was carried out by researchers from the Institute of BioRobotics from Scuola Superiore Sant’Anna, Casa di Cura Privata del Policlinico of Milan and the Swiss EPFL (École Polytechnique Fédérale de Lausanne).

The researchers investigated and reconstructed the life and the scientific activity of the Tuscan doctor, thanks to the original materials kept at the “Vanghetti Fund” of the “Renato Fucini” municipal library in Empoli (Florence).

Born in Florence in 1861, Greve in the heart of Chianti, Giuliano Vanghetti is impressed by the events of the Battle of Adua (1896) during the colonial invasion of Ethiopia by the Italian armies. Judging as traitors by Ascari, the Eritrean soldiers regularly framed in the Italian forces, the Ethiopians applied an ancient law and amputated at 800 of them their right hand and left foot. In his home in Empoli, Giuliano Vanghetti begins to work on a solution to move the cosmetic prostheses passed to these veterans by the Italian government. Two years after the Battle of Adua, Vanghetti provides a first description of his method with studies of hens and in 1900 thanks to the help and confidence of prof. Ceci in the hospital in Pisa, Vanghetti manages to test this technique on man. The results are great and the technique, between high and low, begins to spread.

The development of prostheses equipped with movement and controllable by people who have undergone an amputation has been a technological and clinical challenge that has protracted for centuries and has made progress through the work of Vanghetti. Through the study of the mechanical and neurological principles of the neuromuscular system, Giuliano Vanghetti, at the beginning of the twentieth century, was the first to describe and carry out surgical operations to allow patients to move prostheses (then mechanical) and thus restore, at least in part, the movements using the principles of “cineplastic operations” and “plastic motors” to resume the terms used by Giuliano Vanghetti himself. The method of Giuliano Vanghetti was particularly interesting for the researchers: the doctor was the first to exploit the natural movements of the residual muscles to activate the mechanical prosthesis, directly linked to the muscles and tendons. The idea of ​​using what remains of the natural dynamic of the arm to move the prosthesis remains today, more than a century away, at the base of neuroprosthetic. 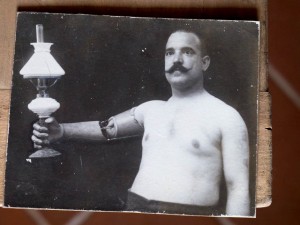 The international scientific community of the time did not always look carefully at the techniques proposed by the Italian doctor, preferring a variant used by German doctors in the ten years of the twentieth century, not recognizing the paternity of the method. However, they did measure how Vanghetti’s techniques were innovative national prizes (from the Royal Academy of Lynchs and the Italian Red Cross), international awards (the Nobel Prize nomination in 1923) and, above all, the use of his method even until the eighties of the twentieth century.

“The life and studies of Giuliano Vanghetti – commented the researchers who signed the publication on ‘Neurology’ – are remarkable and extremely interesting. It was a river full of ideas and ingenuity, serving the neighbor; in some respects it has been a visionary, and perhaps just for this, only today, finally, it receives from the scientific community that full recognition that life has not had. ”

In the picture: Dr. Vanghetti Fund, Patient in daily life activities using the prosthesis directly linked to the arm muscles.

Scientific and Technological Cooperation between CCPP and BioRobotic Instit...