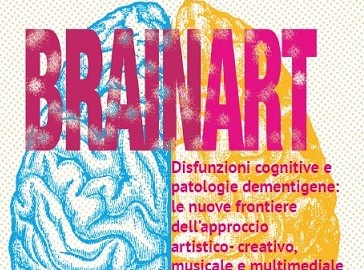 Casa Di Cura Privata del Policlinico was among the promoters of the International BrainArt Convention, which was held on Friday March 10 in Lecco.

The day included:
A conference devoted to: “Cognitive dysfunctions and dementia diseases: the new frontiers of the artistic, creative, musical and multimedia approach”.

Organized by the CRAMS Association of Lecco, with CCP, ATS Brianza (Lombardy Region), Department of Health and Social Welfare of Canton Ticino (CH) and with the EuroMediterranean Network of Human Medicine. In collaboration with Lecco Province, ASST Lecco, Terra Project Onlus, Pro Senectute (CH) and with support from Cariplo Foundation. The event enjoys ECM accreditation.

A person with cognitive dysfunctions, in the course of the evolution of the disease, encounters a reduction in expressive potential at the cognitive but also emotional and social level, with negative consequences on the ability to establish or maintain contact with each other. Attention to the maintenance and/or development of the expressive and creative potential of these people thus becomes a constituent element in actions aimed at spreading respect for humanity and human dignity. There is an increasing interest in understanding the mechanisms behind the perception and musical and sensorial processing in humans. At the same time, studies on the effects of artistic experience on neurobiological, psychomotor and cognitive functions are spread. Technology, on the other hand, expands the potential measurability of the results of this type of intervention. Proposals aimed at enhancing the motivation-based expression, as well as experimenting with practices to slow the memory regression and logic-expressive-motor activity, are being studied. The work tools of experimental activity include, inter alia, multisensory interaction, artistic production, connections between different arts, and motivational stimulation. This event aims to deepen the neurobiological bases of creative music processing, possible healthcare applications, artistic practices and connections with cultural institutions that are at the forefront in identifying new service models for users affected by Cognitive dysfunctions.

• Analyze the potential of neurological instruments and methods

Brainart was a dynamic and open lab to stimulate discussion about new social services and the new frontiers of complementary care research.

CCP becomes a member of the European Innovation Partnership in Active and Healthy...